It has a low scooped neckline. It’s supposed to be an everyday bra meant to be worn under t-shirts & tank tops.
American tan is a brown color. 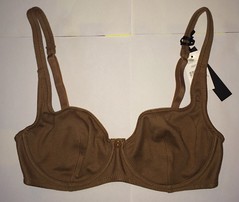 It is actually light and airy, like it’s made of t-shirt material. There is a small button at the gore where the wires meet. 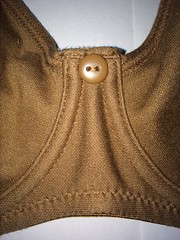 There is one vertical seam that goes down the center of the bra. 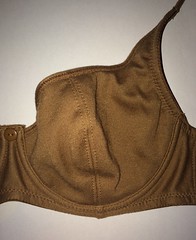 There is also some sort of side panel on the inner part of the bra, which is visible when worn. 😕 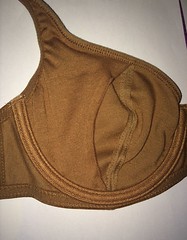 It really is a simple everyday bra.
The review:

Since the 30dd was too small (Review here), and I decided to order the pink dessous and the leopard dessous, I decided to add this bra as well. I didn’t think it would fit nicely. But the 30E, seems to fit nicely.  It’s cute, and comfortable- for the most part. I would love to try a 28E/F in this bra though.

so this is how the bra looks when I first put it on, no swooping and scooping. As you can see there’s a gapping where the strap and the cup meets. And that’s on use bigger side. 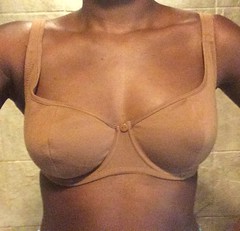 But that’s fixed when I swoop and scoop. 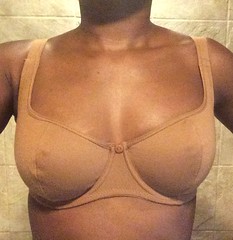 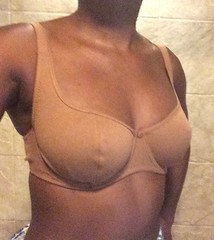 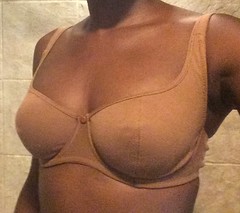 Side view. The wrinkling flattens out when I pull the band down. 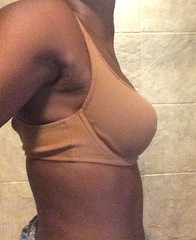 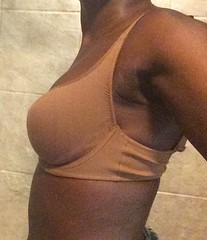 You can slightly see the side panel. The vertical seam puckers a little bit, but there isn’t any space there. 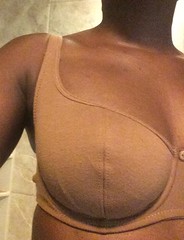 I think in this pic below, you can see the size difference in my breasts. 😔 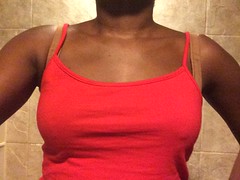 I don’t like that the vertical seam is visible. If you were to look quickly, it looks like my nipple. 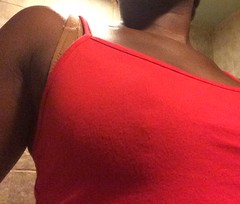 In this pic it looks like you can see the outline of my areola. 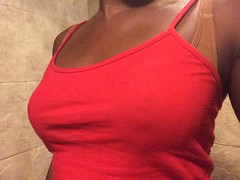 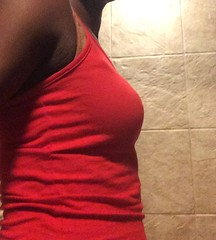 I think this is probably the only sift cup bra that gives me the best shape in clothing. If seems to be the closest to my old VS molded bras. I gave t actually wore this bra yet, but I may tomorrow. The only possible issue I see, is that the side of the cup comes up a little high, and irritates my bigger breast. But it doesn’t irritate my smaller breast. It may go away if I lengthen the strap. As of right now I have the straps at the shortest setting (which is how I received the bra). The vertical seam bothers me as well