I got the Cleo Meg 28e from poshmark today…

All I will say is, I am NOT happy with the bra. I should have went with my gut instinct, and not bought it.

This is a picture from the listing. 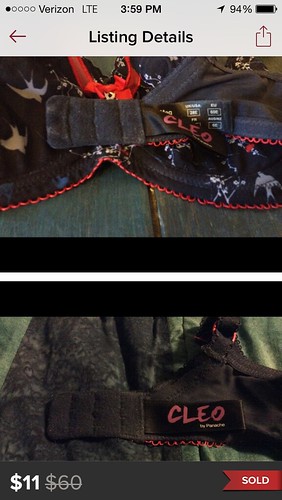 The top part of the pictures is how it originally looked. The bottom picture was added when I asked the seller if there was any fading there. She said ‘no that’s just the lighting’. When I looked at the second picture, I thought okay that could be the lighting. So I offered $11 for the bra, and she accepted. I actually ended up paying $16 because I had to pay shipping. Well, technically I paid a little over $2, because I sold one of my bras there and the money was available in my account.

I got the bra today….

I’ll let the pictures do the talking. 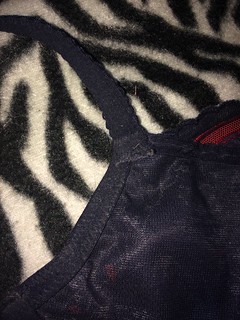 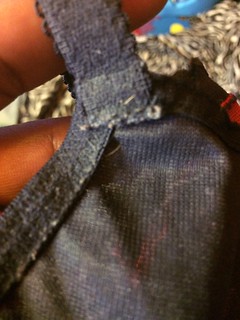 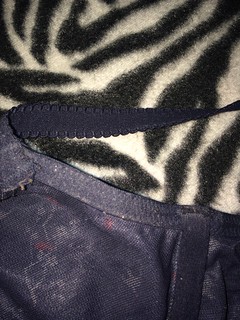 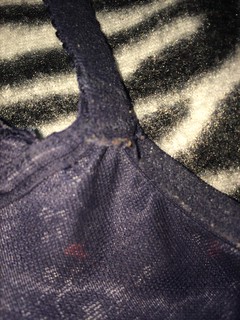 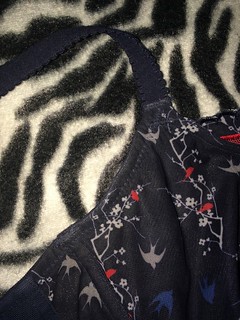 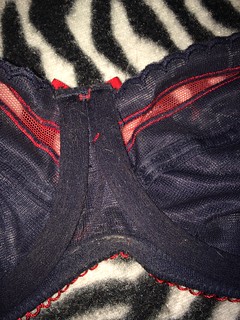 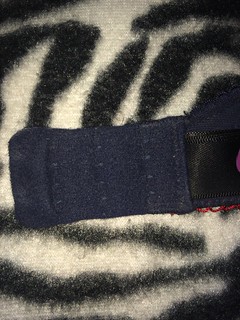 So as you can see, this bra was not clean. And there was fading/discoloration on the closure.

When I messaged that seller she said the bra was cleaned right before it was shipped out (yeah right), and that if I wanted to return the bra, I could and she would refund me. 😒. There is no way in hell that bra was washed before bring shipped out.

It looks like there was a bunch of deodorant caked up on the armpit area, both on the inside area and the outside area. It also looked like there was something (deodorant perhaps?) caked on the bottom part of the gore. Why deodorant would be there, I don’t know. But it was gross. There was also some sort of animal hair embedded in the wires near the gore. Now, I don’t own an animal, and I don’t plan on it’s any time soon, but how does animal hair get stuck INTO your bra?

Me being the person I am, I hate going through the hassle of return, so I decided to wash the bra. This would have been the perfect bra to use a salad spinner on, but I don’t own one. So I used my nephews bucket (the same bucket I used to dye my princess/Portia hybrid bra). I filled if with hot tap water, a few drops of dish detergent (to get that grease and grime out), and some detergent. I sprayed the armpit area and gore area with this shout spray that I have. I put the bra in and swished it around, rinsed and repeated. I then rinsed the bra off with hot water, and then put hot water in the bucket with the bra, and let it soak for a few hours (I had a family gather in to go to). Came back, rinsed the bra with cold-ish water, and now it’s drying in a towel. 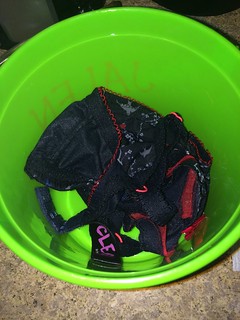 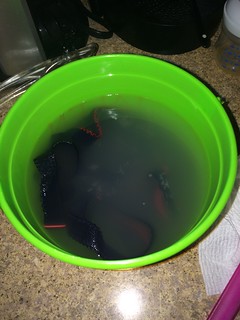 One thought on “Cleo Meg from Poshmark… 😒”