I just feel like I can’t win with a Parfait bra. I haven’t come across one yet that actually fits me. I have this bra in both black and white, and neither one fits me.

From the following pictures, the bra looks okay. A little bit of wrinkling, but still okay. 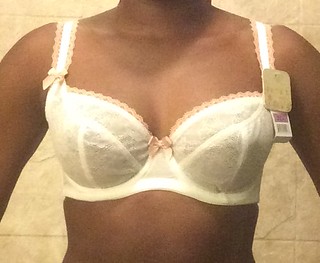 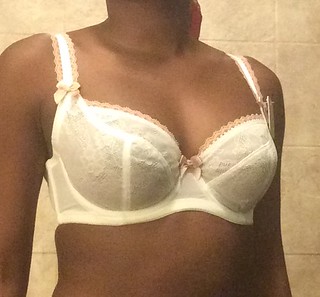 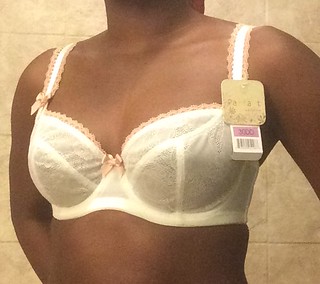 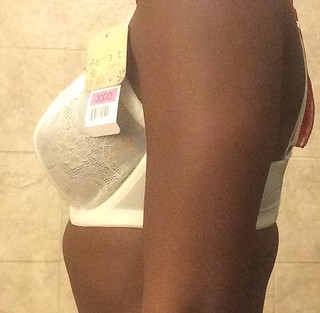 This bra, however, was anything but comfortable. I wanted to rip it off as soon as I put it on! The band was tight, and I think that was causing the entire length of the wire to press onto my skin. The ends of the wire were poking my skin something serious. Needless to say, this is not a bra I’ll wear. 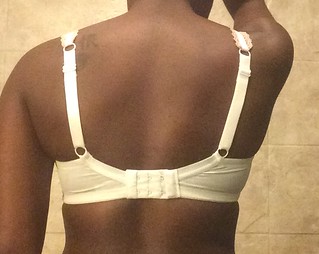 I think you can see from this pic how tight the band is. It was so painful, I didn’t think about getting my bra extender.

The top of the bra is somewhat closed off, so it doesn’t look too big, but there is space in the upper portion of the cup. But not enough space for me to size down. 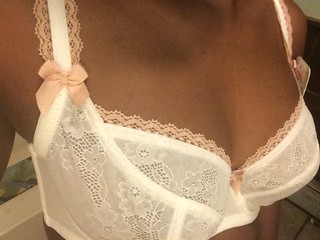 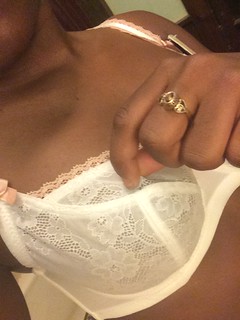 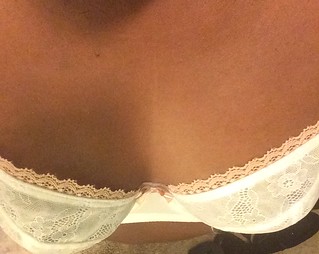 Not the best appearance with a cami on. 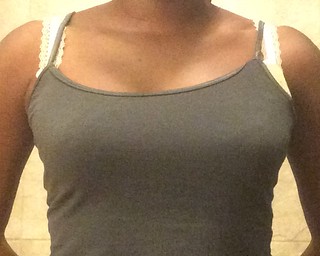 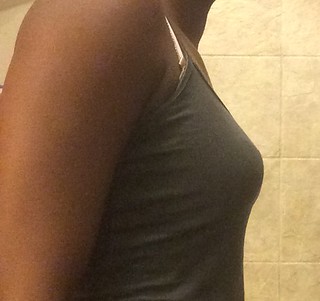