This bra is completely sheer. It is also very sexy. I can’t even describe it, I have to just show pictures. 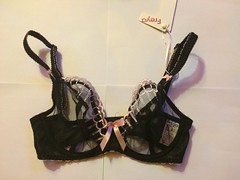 There’s a rather long bow at the gore. 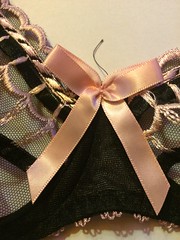 The cute design at the top of the cup 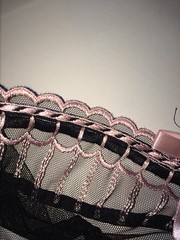 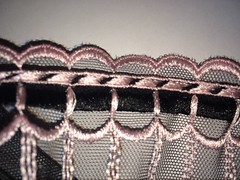 The cup is completely sheer, there’s no double layer on the bottom part of the cups. 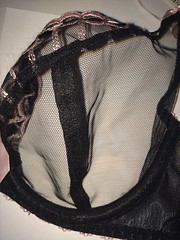 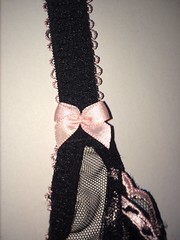 The design on the straps 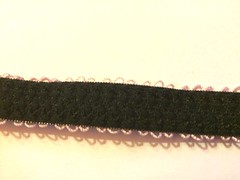 I really love that the pink on this bra is a very light pink.

This bra… It fits but it doesn’t. I’m not really sure, lol. When initially swooped and scooped, there was still a little bit of room on my smaller breast, where the upper sheer part was, but not on the entire part. But when I scooped in my ‘underarm fat’, it made the bra fit, but kind of cut the tissue in the middle of my chest. 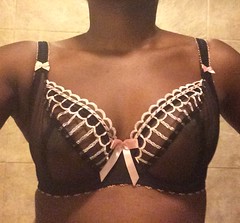 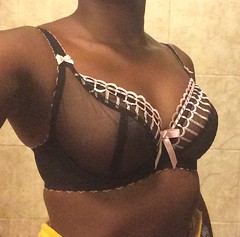 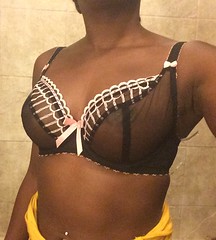 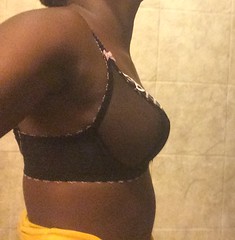 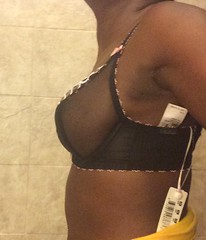 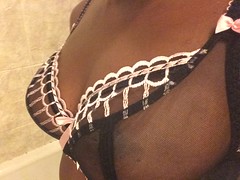 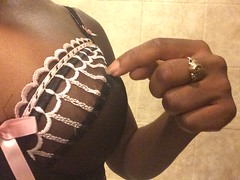 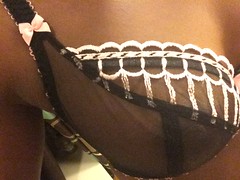 When I lean over there’s gapping (I’m only mentioning this because it annoys me). 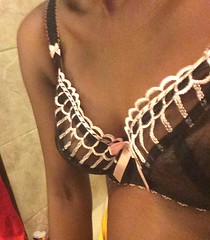 With a cami on 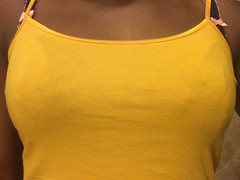 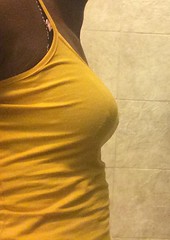 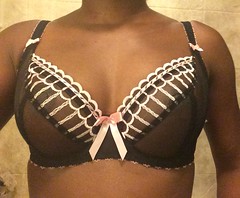 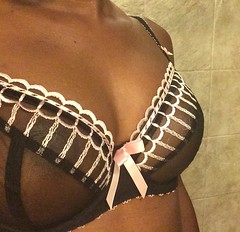 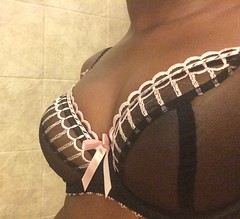 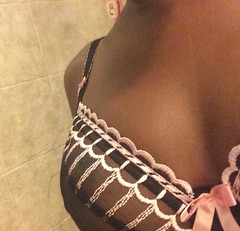 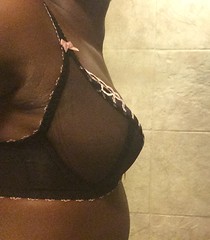 A few things about this bra. The band is tight! I’ve read that freya bands are loose-looser than Cleo’s, but this band is almost uncomfortable. And the gore is slightly irritating me. I think it’s because the band is too tight, and the gore is higher than what I’d like. Also, when I do the second S&S, it makes the sides of the cup higher than normal, so it’s slightly irritating.

When I first got on bratabase and asked for a fit check Arabella was one of the freya bras recommended for me, as well as Siren and Oh la la. I found this on eBay for a low price. So I’m glad I was able to get it.