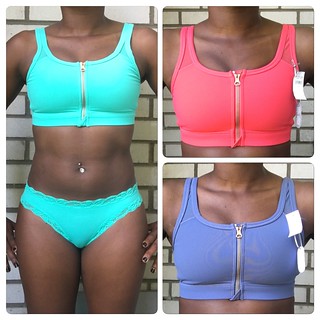 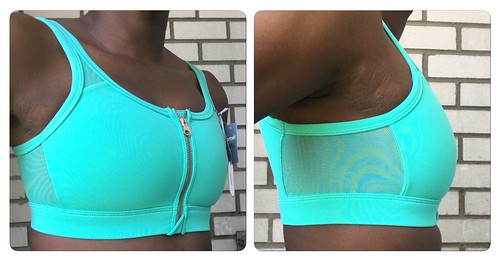 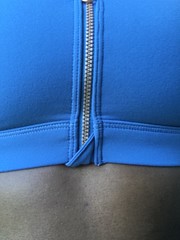 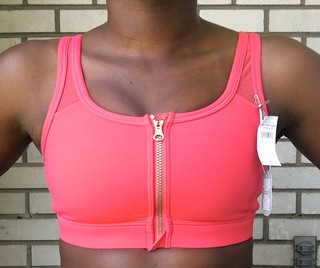 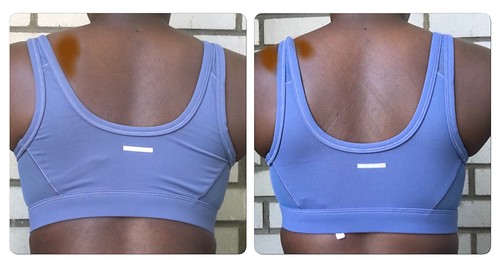 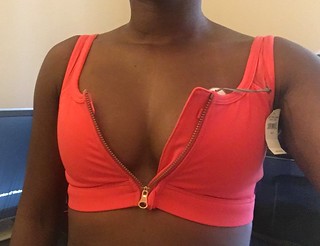 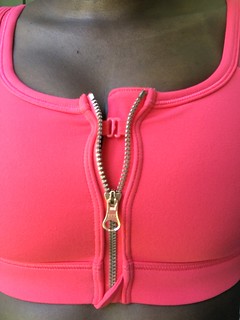 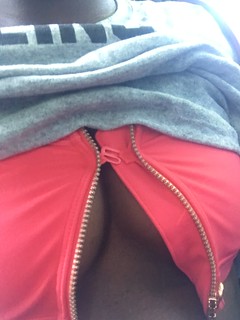 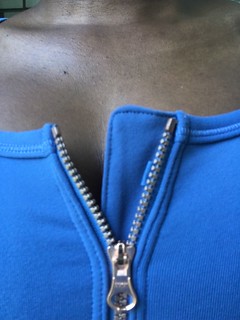 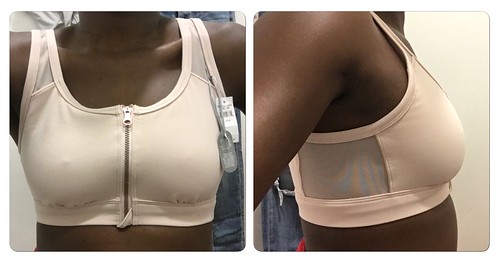 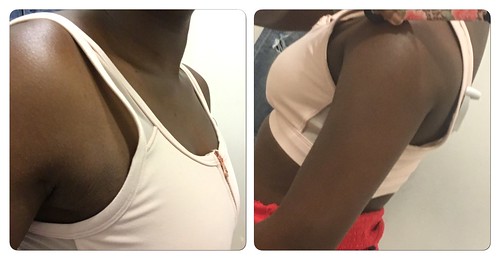 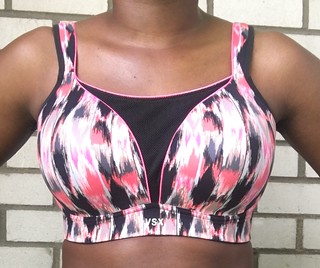 At the end of April, I decided I was going to start going to the gym.  My normal ‘bradrobe’ consists of regular bras and bralettes, but nothing that I could wear to the gym, and workout with. If did buy a few ‘regular ‘ sports bras, but quickly realized that they’re not for me. (I may review all of them together in one post later). This VS sports bra isn’t the first bra sized sports bra that I bought, but it is the first I want to review.

I bought this on eBay, because I loved the color, and the fact that it wasn’t a racerback, which I don’t care for. Unfortunately for me this bra doesn’t fit. I sized up from my other bra sized sports bra (even though they’re different brands), and this ended up being too big. So in this review, I can’t talk about how well it’ll work when working out. 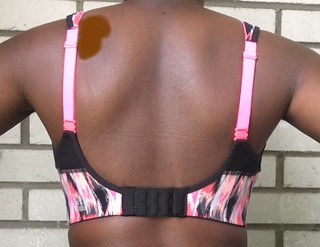 For a 32 band it is pretty firm. Relaxed it’s about 24.75 inches, stretches its about 29.5 inches. It’s bigger than my underbust measurement, but it does not feel loose at all. There is a thick elastic band that goes across the whole length of the bra. It feels very comfortable. I’d be happy if all VS 32 bands fit like this. There is also 4 rows of eye closures. 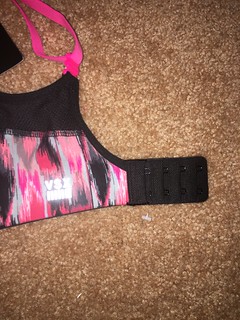 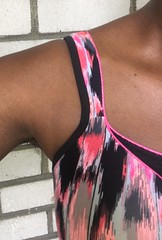 The straps are part of the reason I bought this bra. There seems to be a lot more racerback , or criss cross back style sports bras, than regular strapped sports bra. These straps are only partially adjustable, and they can be clipped into a cross cross, which may help those that need shorter straps. The printed part of the straps are fairly wide, at 1.125″ wide, and they’re also somewhat padded. 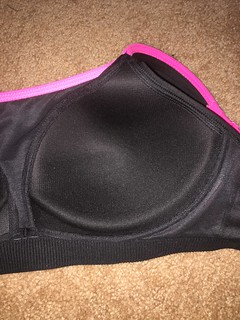 I’m not 100% sure if this bra has wires or not. There is  something that feels hard, so it’s either a thin plastic wire, or just all of the material. The ‘wire’ is in the shape of a half moon, so I think that’s why the cup measures as wide as it does.

The cups on this bra are too big. When buying this, I forgot that when I’ve bought the padded D-DD bralettes from VS they were too big, and this bra seems to have the same characteristics as those. 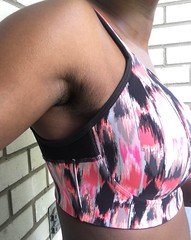 The cup is too wide; it measures 7.5 across in width. The sides of the cup definitely come up too high. If I were to put this bra on before putting deodorant on, I’d definitely get some on the bra. It’s definitely in the area where hair grows. The height of the cup/bra, is actually perfect. It covers my tall roots, which no other sports bra seems to do. However, the cups are also too deep. I’d say there’s about an inch of space between my nipple and the apex of the cup. There’s space on the inner part of the cup, as well as above my breasts. There are 2 separate cups, so this isn’t a bra I’d wear to the gym (or anywhere really). If I wore this to the gym, it wouldn’t control any bounce.  I do think this bra would be best for those with tall roots.

The cups are so big on this, I wasn’t sure if I should go down 1 size or 2 when buying another one. I ultimately decided to go down one size (because I found it cheap on eBay). 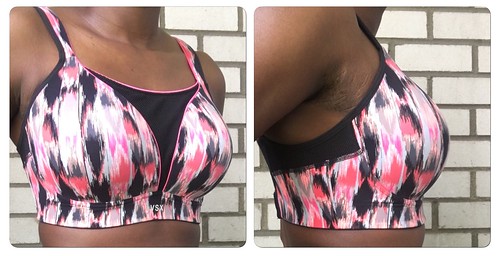 Do do you own any VS spots bras?