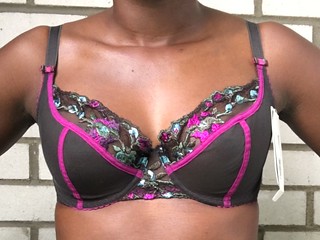 This is one of the bras I bought from Misterna.pl. All of the other bras I purchased in that order were padded MAT bras, so this was the only unlined bra from that order.

This was my first time ordering a GAIA bra, and probably my last. 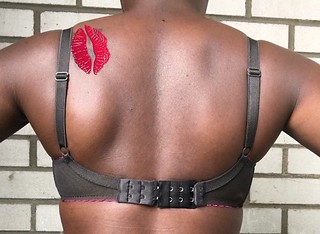 I don’t have a stretched band measurement, but the band ran very small. (When I got the bra, that was a time when I stopped adding the stretched band measurement on bratabase, because I kept getting notifications that my measurements were either too large– but bratabase doesn’t really have the clearest instruction on how to measure a bands stretchiness. It says: “measure the maximum length of the stretched band of your bra” but then it later says: “do not pull to hard as to defer, the wires too much” but in my eyes the maximum the band will stretch will deform the wires.) But anyway, the bra was small enough that I needed to use all 3 rows on an extender. I’d guesstimate that it was around 26 inches (66.3 cm), but the current owner has it stretching to 28 inches. 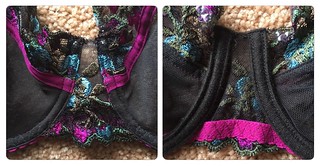 You can see how wide it looks when not being worn. 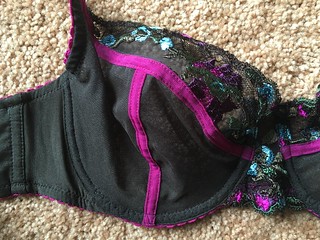 Initially when I tried this bra on I thought it was too shallow at the bottom because the wires were being pulled by a too tight band. (I’d lost my extenders when I bought this bra). With the extender the bottom of the bra is still shallow, but not as shallow. 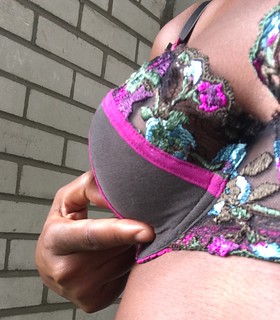 With or without the extender, the top of the cup is big on both breasts. 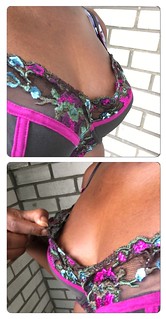 The sides of the cup come up high and are somewhat irritating. 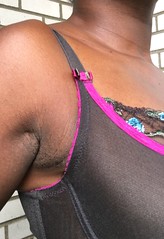 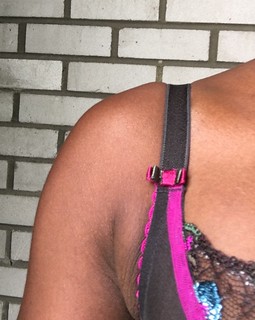 The straps are nice and thin, and are most likely wide set.

One thing I thought was interesting about this bra, was that on one of the tags it has a price. 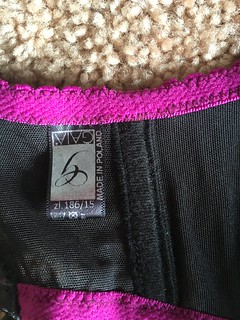 This was a cute bra, but it wasn’t going to fit me. Too bad there isn’t more information on GAIA as a brand. 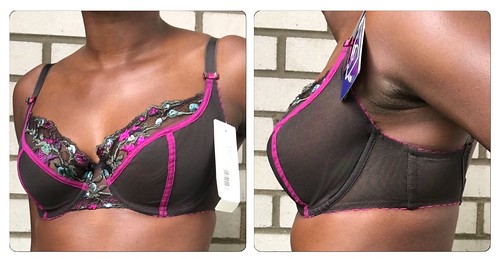