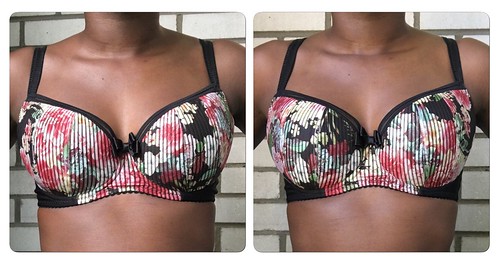 I liked the look of this bra, and for the longest I would go on Comexim’s site, and debate on whether or not to get it. I didn’t want it in a longline (which is how it’s sold on their site), and I’d read that the ribbon at the top was bad for FOT breasts. One night in August before I went to bed I decided I was going to order it when I woke up the next day. Unfortunately for me, the very next morning it wasn’t available on Comexim anymore. I emailed them and they said the bra was available at breakout bras (but Comexim still had the panties for sale, so I knew they still had the fabric).

Sometime in the summer Breakout bras started selling Comexim bras for $65. Breakout bras has their own sizing for Comexim (hence the 30FF, and 32F in the title, instead of 65H, and 70G). Breakout bras sizing is weird. It’s completely different from Comexim, and will require you to either do some math to try to figure out the correct size, or contact breakout bras. 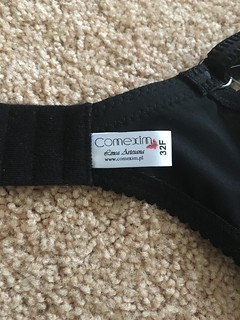 I know with Comexim, I need the 7th cup (G). BOB write that this bra runs small, so order 2 sizes up from what you normally would. 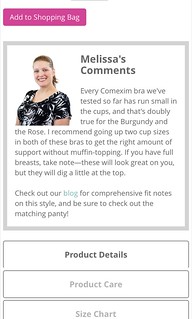 So when I initially ordered a bra, I ordered 30G (UK), which was 2 sizes up. But then I thought about it, and emailed them telling them I wanted to order the 30FF (UK), which was 1 cup size bigger (the 8th cup). BOB has double letters, which Comexim does not, so that makes the sizing harder. But on top of that, they’re also kind of going by US sizes. They have U.K. DD listed as US DD(E), UK E as US DDD(F), so that was also confusing. I kept wondering, do I go by the US size or the U.K. size? I believe the correct answer to this is to go by their US size, as it seems to correspond with Comexim sizing. So the 30FF would be a Comexim 65H- one size bigger than the 65G I wear. 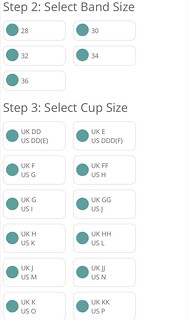 I did end up returning the 30FF, as this was a black banded bra, which means it ran small. I was able to exchange it for a 32F. It took around 3-4 weeks for me to get the first bra, but a week or 2 to get the exchange.

I will be reviewing both bras together, since they fit similarly. 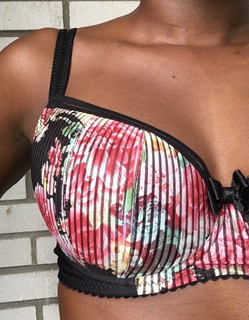 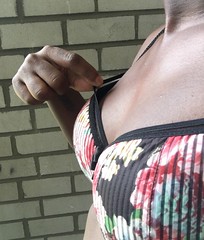 This was bothersome to me, but I did debate on keeping the bras. However, what made me decide to return both (and get the 32E) was that the sides of the cup came up too high, and was a source of irritation. 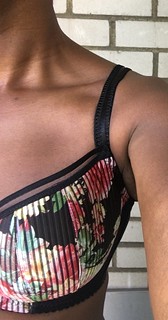 This was either due to the cups being too wide, or the straps being too wideset, since the bras were not purchased directly from Comexim, there weren’t any alterations. Also worth mentioning, there was some space at the wire on both bras. 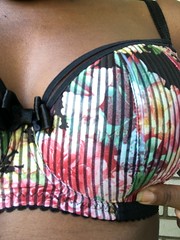 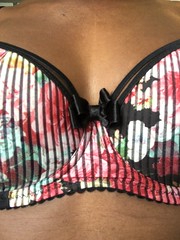 The gore on both bras was only .5 inches wide (perfect), and 2.75 inches high. The wire channels were overlapping at the top. 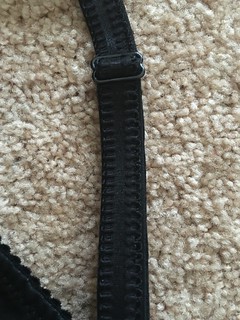 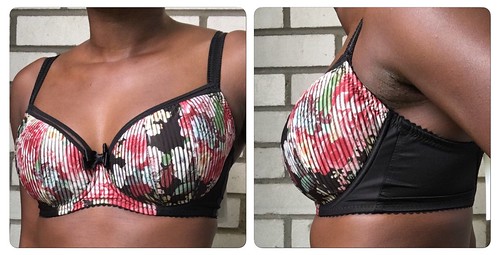 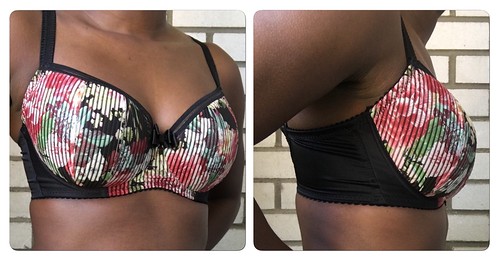 Sometime after I bought these bras, Comexim brought the longline back on their site. I will soon review the 32E, and the matching briefs