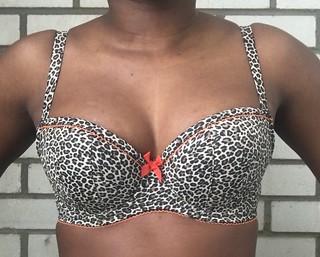 I bought this bra, because I’d seen a few reviews of the floral Mimi. I really wanted to try the floral Mimi, but I saw this on sale for £10 at large cup lingerie, so I went for it. I will say, as much as I love animal print, I don’t really care for this print, or the blue one. But the floral one was calling my name. As I said in my last post I’ve noticed some ‘growth’, so I did debate whether or not I should go with 28E, or 28F, but I went with 28E out of habit. And fear that the 28F would be too wide or big.

Cleo Mimi has been lauded as a UK bra that fits like a polish 3 part halfcup. This is a big thing, because A LOT of non Polish padded bras are really shallow

Let’s see how everything turned out: 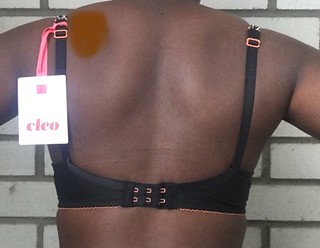 The band is nice and firm, and stretches to 27.75 inches. That is a little under my snug measurement, but it doesn’t feel too tight at all. Something I do want to note about this bra, the wings are really short. I don’t feel anything, but it is something I’ve noticed when looking at the bra while I have it on. The wing height is 3 inches (whereas on my M Roma the wing height is 3.75 inches). I’ve noticed that lower/shorter wings seem to cause back rolls. 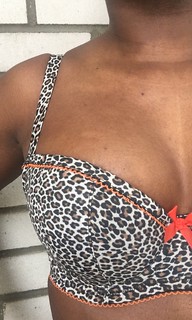 The cups initially seemed too small. Well, they are. The side of the cup is low enough that I have some side boob poking out. I do quad a lot when I get the side boob into the bra, however I think *some* of that quad boob is because the bottom is too shallow for me. 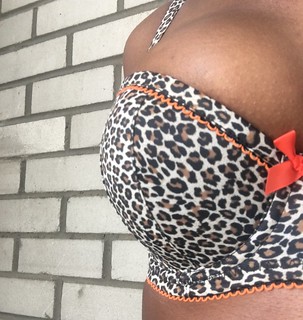 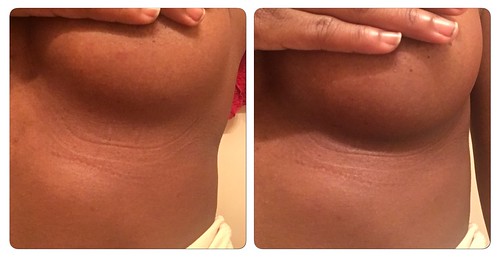 Pic 1 I’m lifting my breast up, so you see see the wire outline.

At first I thought the bottom being shallow was a figment of my imagination, but I wore this around my apartment for 15 minutes or so, and when I took the bra off, I saw that the bottom of the cup wasn’t directly in my IMF. So I definitely don’t see how this is similar to Polish halfcups. My Cleo Darcy & Juna bras seemed to have more depth at the wire than this bra, which is weird because a lot of people consider Juna & sister cuts to be a shallow bra. The width of the bra is 5 inches, and the depth of the bra is 8 inches, so it is still in the range of what fits me. The cup height is almost 5 inches, so it’s not too short. 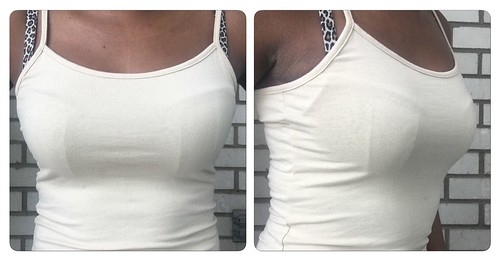 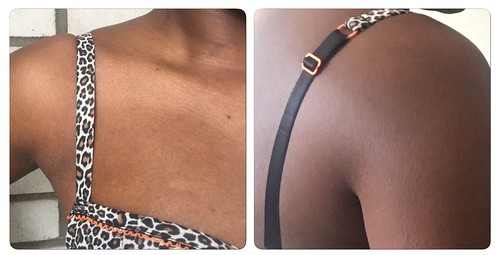 The straps are are nice and thin, but only partially adjustable. The adjusters go up instead of going down. As you can see, the straps are almost at the longest. 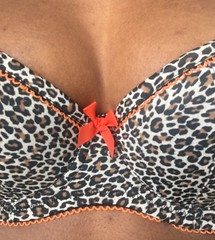 The gore feels okay, after wearing for 15 minutes or so, but it is sitting on tissue. The gore height is 2.25 inches, and the seperation is .75 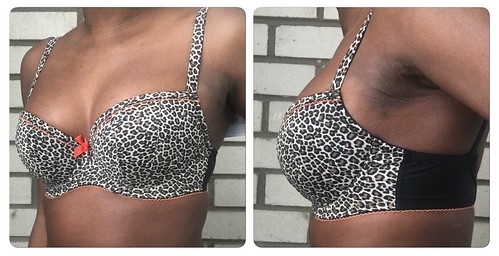 You can see in the side pic how much lower the wire is compared to the Bra I wore that left a mark.

I did order the floral Cleo Mimi from Bare Neceissities today in 30E, so hopefully that fits better. (They didn’t have the floral in 28F)

What are your thoughts on the Cleo Mimi?