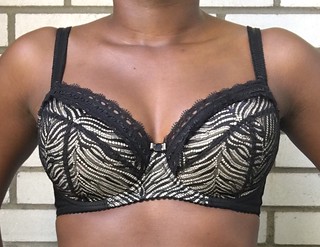 I got this from a user on bratabase. This was literally my very first Comexim bra. When I bought it I wasn’t 100% sure of my size, but I figured based on the measurements that it would fit. I chose the 70 band because a lot of people mention that black bands tend to run smaller. What’s funny, is that after buying this bra (which is a sister size to my correct Comexim size), I still bought 65F comexims, instead of 65G.

As far as  know, the bra isn’t altered in any way. 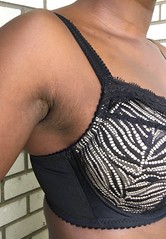 The straps feel okay on me. Some may consider them to be wide set. 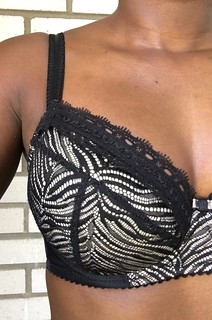 The height of the cups is perfect for me. They aren’t too tall. The cup height measures 6 inches (15.24 cm) The only issue I see with the cups, is that the ribbon part of the bra cuts in a little bit. I would t consider it to be quadding, as it’s not visible through a shirt. Also the lace part below the ribbon doesn’t lie flat (and that can be seen under a shirt). 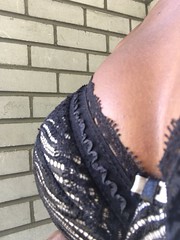 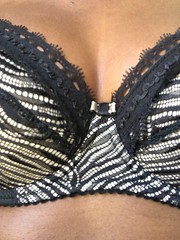 The gore doesn’t bother me, I don’t even feel it. The gore measures 2.6 inches (6.60 cm), so this may have a reduced gore. The very top of the wire channels are overlapping, but the wires are not.

Sizing up in the band was a smart thing to do. The band does run 1 size small. I’ve noticed that with Comexim bands, after a few hours the bottom elastic ends up feeling too tight. This bra is no exception. I think I can be considered to have a flared ribcage, but this band thing seemingly only exists with Comexim bras. 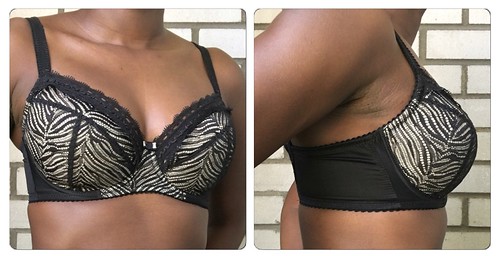 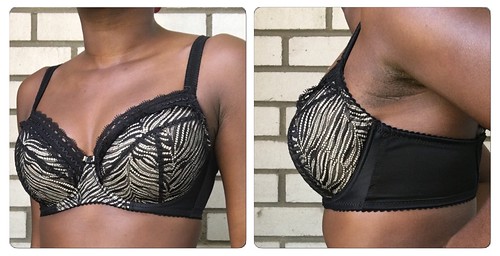 I don’t think there’s much I can say about this bra, as it’s just about perfect.