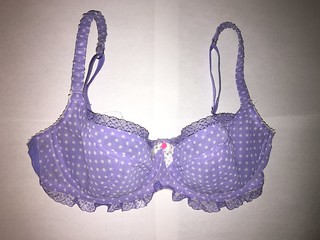 Closeup of the cups 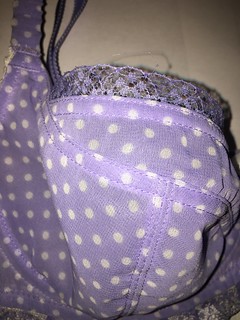 Theres a white with silver polka dot bow at the top of the gore. 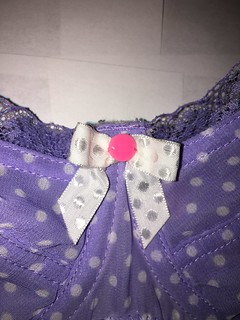 There are no bows where the straps and the cups meet. 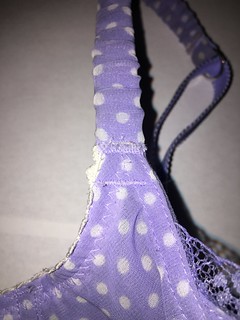 The straps are very stretchy 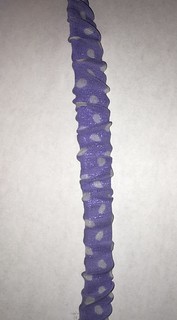 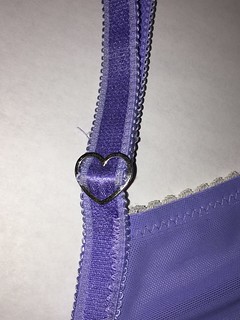 Cute little frilly lace at the bottom of the cups 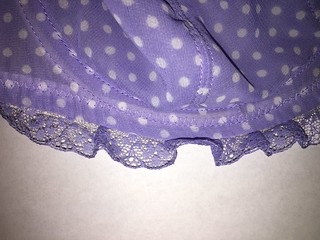 The signature ‘Tutti Rouge’ on the back of the band 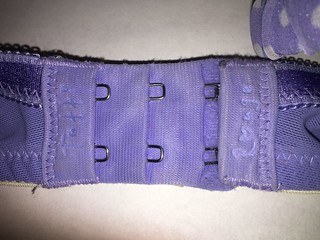 The straps on this are very wide set. This is how it looks when I out the bra on with the straps as they were supposed to be. 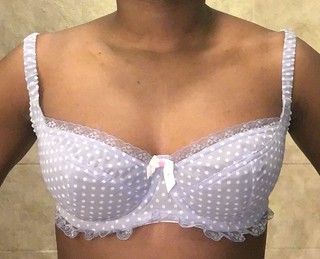 As you can see they’re sitting on the ends of my clavicles. And the straps are literally in front of my armpits.

This is how I wore them; the straps are at an angle. 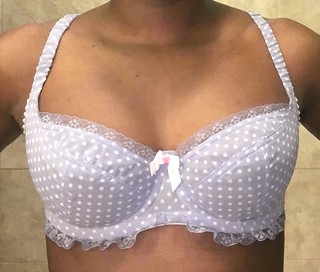 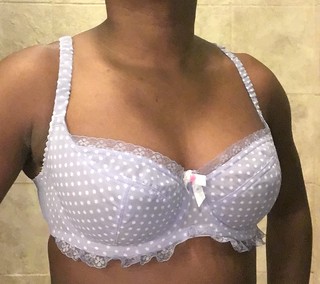 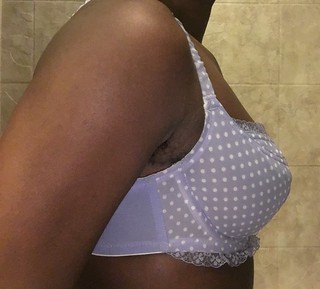 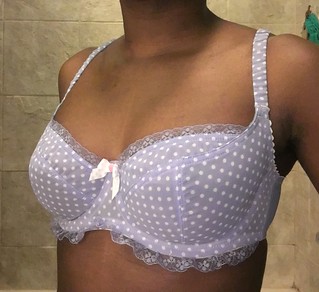 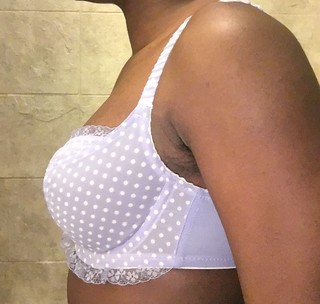 The sides of the cup come very high. 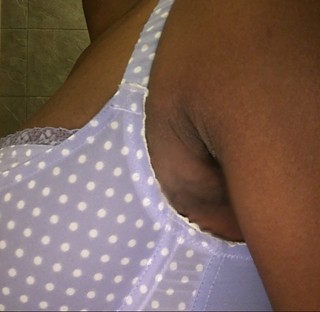 While the bra doesn’t look like it’s big, it is 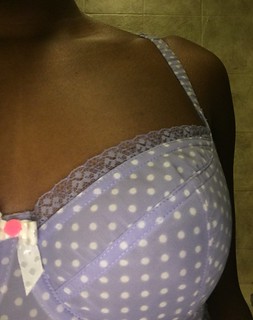 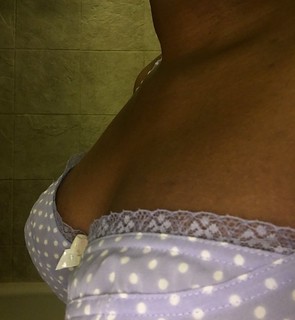 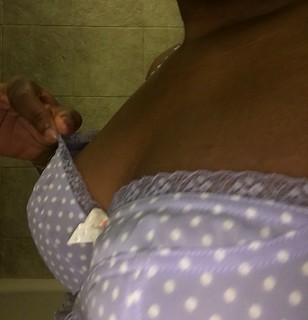 I didn’t know if the band was stretched out since I bought this second hand, but it is pretty big (not Claudette big though.). 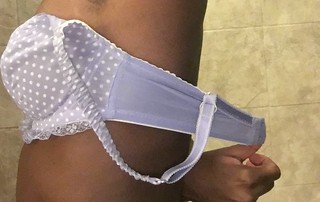 The band. I have the straps adjusted as short as they will go. The band doesn’t seem to be riding up. 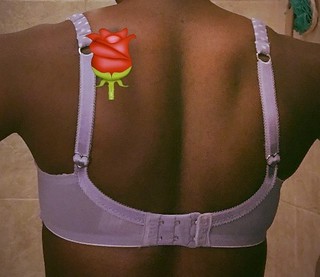 Consensus: This bra is very cute, but I would like to try it in a 28e.

I wore it to work yesterday and these are the issues I have with this bra:

the band is too big

the straps are very far apart.

the gore is high. Initially I didn’t have an issue with the gore, but after a few hours (I’d say at least 5) it started to bother me. It wasn’t as painful as some gores, but I knew today, I wouldn’t be able to wear a regular bra comfortably.

The sides of the cup come up very high. Initially it wasn’t too much of an issue, but by 7pm, I was ready to rip the bra off. (I actually went to target braless- but I wore a heavy sweater.

I do want to note that I’ve read that this bra runs wide, and I will say for me, it didn’t seem to be wide; At the width being 5.25″, it’s not exceptionally wide, it’s .25 wider than my yellow Marcie. I believe the extra width comes from the wires being longer.

Also, with the frilly lace at the bottom. It makes it look like the gore isn’t tacking all the way, but it is.