So my favorite drink is back at Starbucks: eggnog frapp.

I got this alert on my phone about the new fall drinks coming out. And I got worried because I didn’t see eggnog on there. 😩 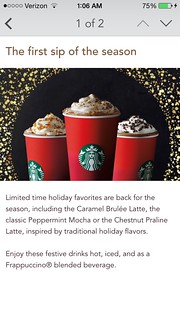 It’s crazy how I’m always up after 1am

But it’s on the mobile app. This is actually the second year they’ve had the eggnog flavor. Last year I watched them when they made the drink. And unlike other drinks, this one doesn’t have any syrup. They actually add eggnog to the coffee/milk/ice mixture. I don’t remember they brand eggnog that they used, but I haven’t seen it before. It came in a white squarish container with green writing. I’m sure it’s sold at like Trader Joes or Wholefoods.  I didn’t watch as my drink was made this time because my coworker asked me to order a drink for them. 😒 Thankfully there was only three people on line, so I didn’t have to wait at all. 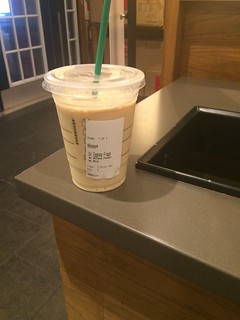 While I’m talking about things I love at Starbucks… I bought this. 😍 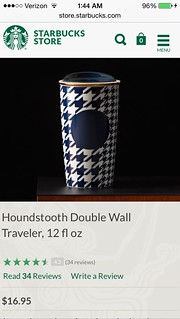 $17. I only found one in a target Starbucks, so I only have one. I really want 4. It’s currently in my car. I’m scared if I bring it into the house it’s going to get broken. A gust of wind is going to make it fall off the counter or something. It’s ceramic. If the cup dropped and broke I’d be highly upset. $17 is a lot to pay for a cup.
There were some mystery boxes at Starbucks… At first I thought it was going to be some sort of free gift for patrons (and it’s possible that it is), but it has the link to the store at the bottom of the box. Whatever it is, is going to be available 11/10 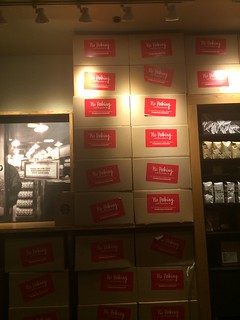 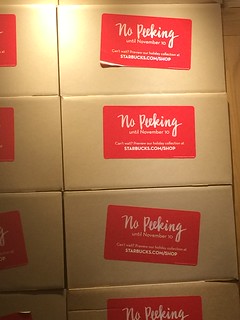