So I finally got my bra extenders in the mail. It took almost a month, which is one of time reasons I hate doing intl orders/shipping. I’m impatient, I want my stuff now.

Anyway, I decided to try it out on my CK Portia/Princess hybrid bra, since that was the one I felt was the tightest. 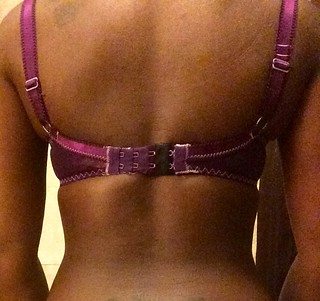 I don’t know if you can see in the picture, but the extender is actually a little wider than the band, however, the actual hook & eyes are at the same spot, so it closes with no issue. It looks funny, not no one is going to see my bra but me.

I put it on the first/tightest setting. The band feels a lot better. Not as tight as before. The cups however, feel looser. There’s space in the cups now. 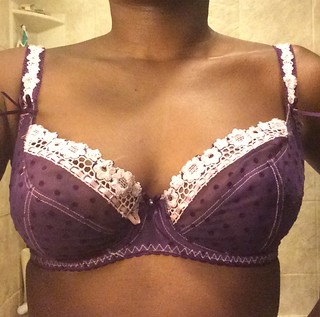 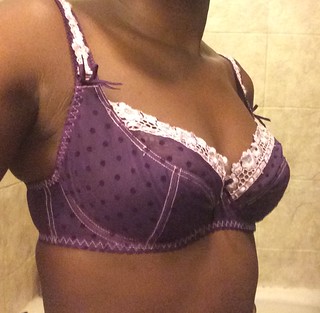 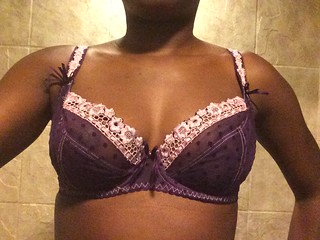 The gore was pushing in slightly. 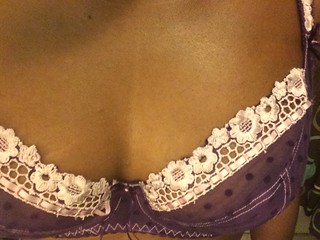 The biggest issue I had was that the sides of the cups were rubbing on my skin and irritating me because they were so high. 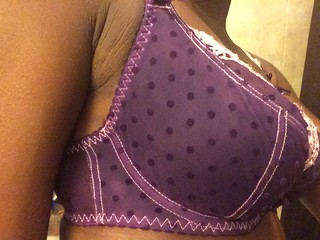 Hopefully I won’t have to wear the extender with this bra for long, as I liked the fit without it.