I just placed my second order with Love Claudette. I placed my order around 6:20, and got an email around 7:20 saying it was shipped. Wow! That was fast. I assume I’ll be getting it either Saturday, or Monday, but most likely Monday. Doesn’t really matter what day it comes, because I’m going to Ocean City Maryland Friday morning and coming back early Monday morning, so I won’t get able to get to it until Monday. 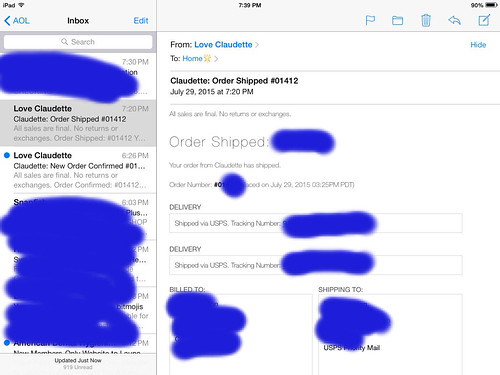 I’m really hoping that all of these bras fit, as I bought 30E for all of them. The Cool cotton is the one I’m really worried about, because it it doesn’t fit, I don’t think I can alter it so that it does. Well, I can, but it’ll be more work than I want too do, and I’ll have to by some fabric to match the brownish color.

I got the leopard print w/ black, but I really wanted the Leopard w/ the pink, but it wasn’t available in a 30 band.

I also got the fluorescent pink. I’m hoping since they aren’t labeled ‘sucre’ that they’ll fit differently from the black w/ pink that I have. I really want them to fit they way they look in the pictures.

I’m sure it’s wishful thinking because 99% of the models look like the first picture! and 99% of is consumers look like the second picture. And I know it’s full figured and not a balconette/half cup.