I used Rit Dye in the purple color. As the water was boiling, I read the side of the bottle that says not to use it on polyester fabrics. I already had my mind set, so I was going to do it anyway. But I had a feeling that it was going to dye, because I the dyed a white dress with pink Rit Dye, and the back of it that had mesh, didn’t dye. So I crossed my fingers. I probably used more dye than I needed to, but I wanted to make sure that the bra came out dark. I really wanted to dye it brown, but I forgot to go to the dye section when I was there yesterday.

On to the pictures: 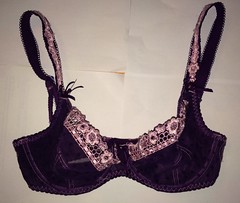 In the above picture it looks blackish, but it’s not. It’s very purple.

I believe the polyester warning on the Rit dye bottle was for the stitching, in my dress the stitching stayed the original color. And as you can see the thread is still white, as is the floral design and the lacing. Well it actually got tinted somewhat. 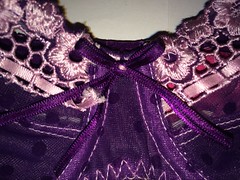 I don’t know if this occurred because I used hot water & dye on the bra, but the lacing is comIng undone form one area on both of the cups. Oddly enough, on both cups it’s on the right side (when looking at it). 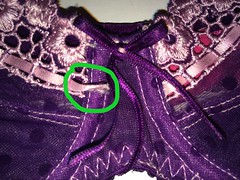 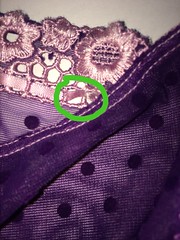 Inner part of the cup 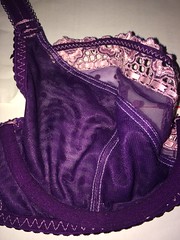 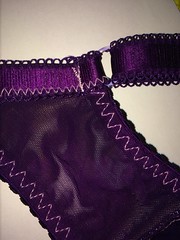 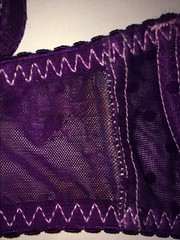 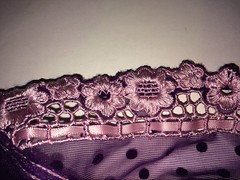 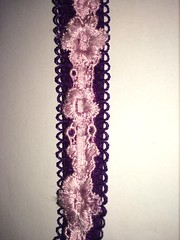 Underneath the floral design

I don’t know if it was the dye, or it was the scorching hot water, but the bra shrunk. From my experience being a denim addict, I know that really hot water (too hot to touch) can shrink jeans.

so yeah, it shrunk, a good amount. Before I needed to alter the bra, now I don’t think there’s enough room to alter it. It shrunk enough that now it fits. The band, however feels really tight. I ordered some new extenders, so I’ll probably wait to wear this until those come in. Enough blabbering. 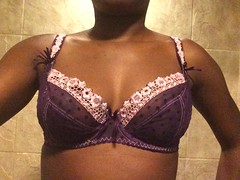 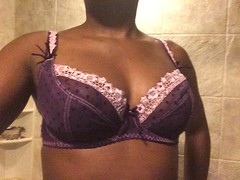 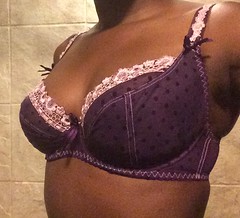 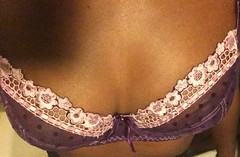 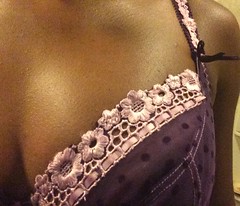 A little space in the upper panel on smaller breast. 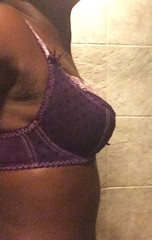 I initially was going to make this a two part post, with the dye being one post, and the actual alteration another post, but I’m not going to alter it now.

What do you think?

7 thoughts on “I dyed the Portia/Princess hybrid”