I’ve read many times on bratabase that the Cleo Lucy bra in black, as well as a lot of other bras in black, run smaller. I bought the Lucy in both black and white in size 30dd. The white didn’t fit, but the black did. Click on the picture for the reviews. 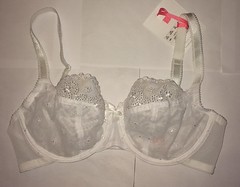 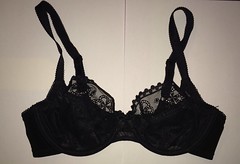 First things first, the tags are completely different. The font styles are different. The black tag has ‘Cleo’ in all capitals, but the white tag has it in all lower case letters. 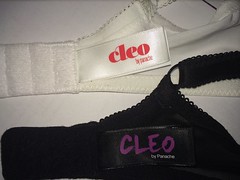 The way the sizes are labeled on the tags is different as well. The white tag also has the washing instructions with the sizes, but the black one doesn’t. 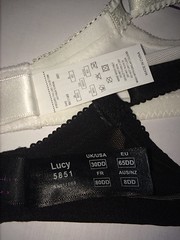 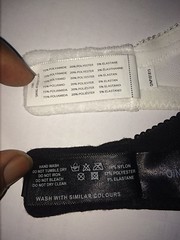 You can see that the double lined portion of the cup on the white bra comes up higher than it does on the black part. 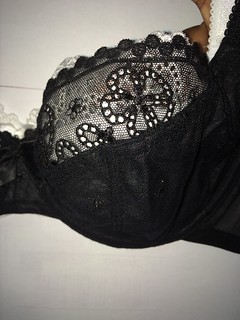 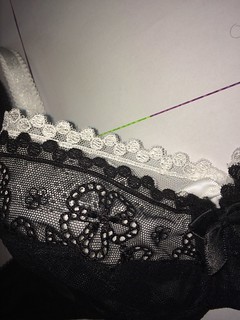 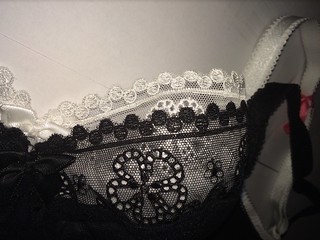 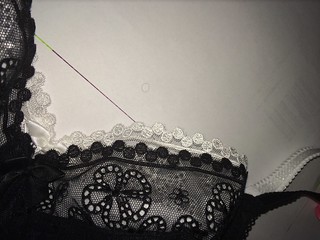 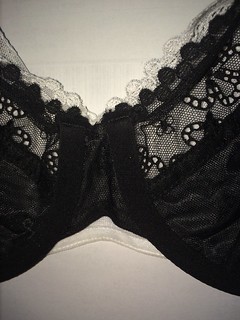 When the bottom is lined up: 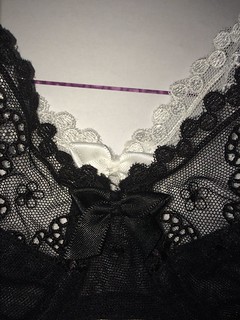 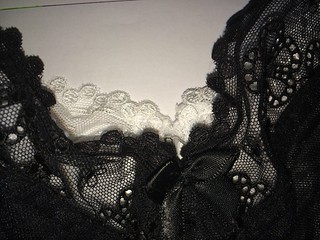 With the top lined up: 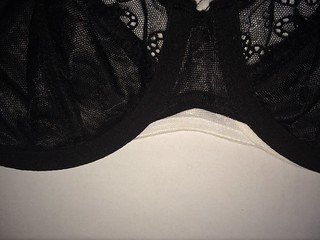 Where the cup meets the strap: 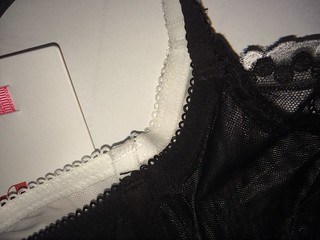 When the bands are lined up. 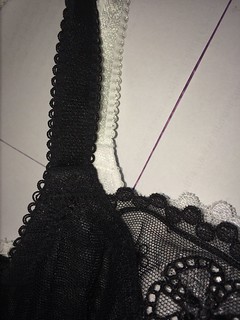 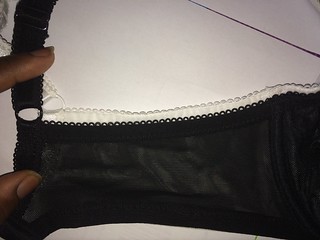 With the bottom of the band lined up 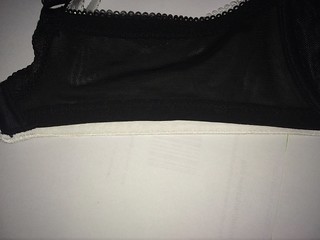 The top of the bands lined up. 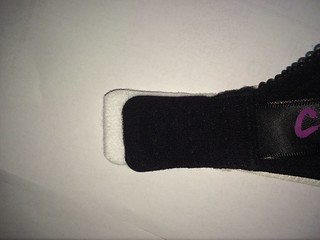 The part of the band with the ‘eye’ is longer on the white. 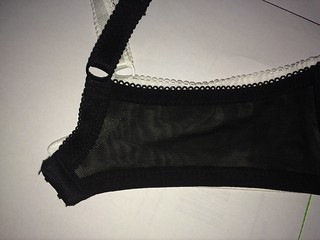 The part if the band with the hook is slightly longer on the black.

Overall the white Lucy was just bigger. I wonder if the bras were made at different factories, or if they’re from different seasons.

I didn’t take any measurements for the differences, although I should have. But it’s too late now, because the white bra has been returned.

the measurements from Bratabase