As I’ve decided to try a few of the frappuccinos off of the Starbucks secret menu website, my second drink of choice was the cinnamon toast crunch frapp. It consists of:

I figured since the ingredient list was so small, it wouldn’t taste like CTC. There’s no way. Hazelnut? I don’t think so. I was going back and forth between that and the white macadamia nut frapp. CTC won. Mainly because it was the one I was looking at when it was my time to order.

I made some sort of happy sound when I took the first sip. It really does taste like CTC. Like you know how when you are a kid (or hey, sometimes as an adult), and you drink the milk after you’re done eating the cereal? Well that’s what it tastes like. But BETTER. It’s cold and it’s sweet. Very sweet actually. “too sweet” as my coworker said. The main reason why I get frapps at Starbucks is because of the sweetness (and flavor). The frapps seem to be more flavorful than say, the lattes or macchiatos. Years ago, I’d get the caramel macchiato, with extra caramel. And I’d swear I couldn’t taste the caramel.

But here’s a secret, I’m not actually a coffee drinker. I hate coffee. I don’t drink it. It makes me have to pee, makes my heart race, and makes my body temp go up like 100 degrees. Plus it’s too strong. I really don’t see how people drink coffee. Iced coffee. Yuck.

Anyway. The CTC can come with the coffee base or without. The first time I had it I had it without coffee (and it tastes more like the cereal), but this time it had the coffee in it becuse I forgot to tell my friend not to get the coffee. It was still good. 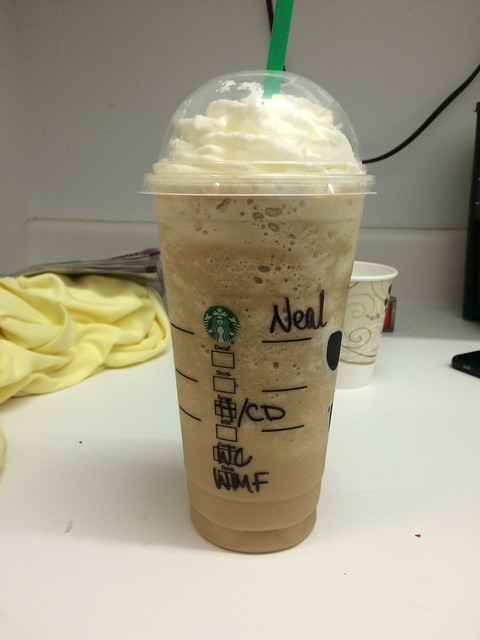 Now, since I didn’t order this, and I wasn’t too specific, you can see there is whipped cream on top. That is not really something I get on my frapps unless I’m not at work. I mainly get Starbucks when I work.

This frapp is a brownish color, but if you order the drink without coffee (which I urge you to, to get the REAL taste) it’ll be lighter in color, like this: 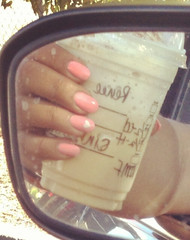 The color is more of an off white.

What’s funny, is I was googling this drink to see if I could find images of the actual color, and I found this. Another girl named Renee drinking this marvelous drink. ☺️

Here is the link to the drink Cinnamon toast crunch frappuccino