I got this as a part of amazon’s prime day deals. It was cheap and came with free shipping/returns, so I said ‘why not?’

Balconette/balcony style. This bra offers less coverage than a full coverage bra. It is shaped in a way that provides a full and round appearance of the breasts. 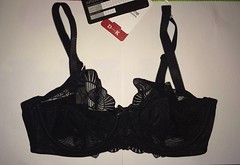 This bra is made of all mesh, with the bottom half (in 30dd) doubled. The upper part is sheer. 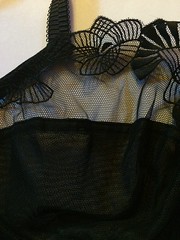 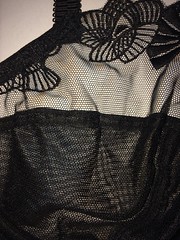 The gore in this bra is relatively high, with the length being a little more than 2 1/4 inches 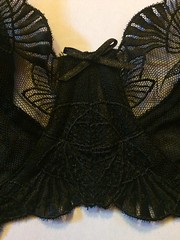 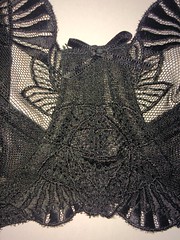 Lightened so you can see the detail

There is a cross cross design of elastic at the inner part of the gore. 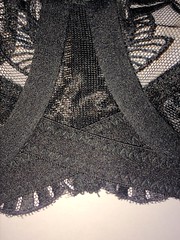 There is a beautiful design at the top of the cups. 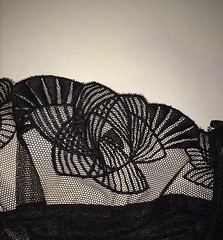 As well as at the bottom of the gore. Its very reminiscent of Chinese fans.

The straps have some sort of ribbed design, but they’re still fully adjustable. 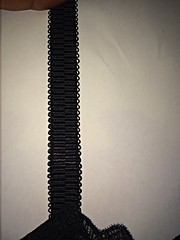 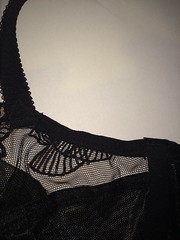 I wanted this bra to work out so bad, since it was cheap.  However. It doesn’t really look good on me.

it looks ‘okay’ in these pictures: 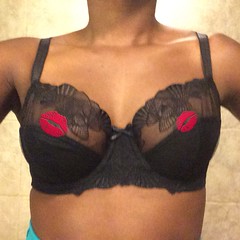 But there’s a good amount of wrinkling on both cups. I think the bra wants more center fullness than what I have. 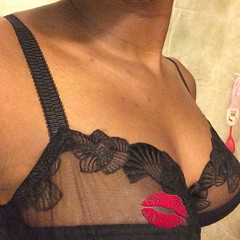 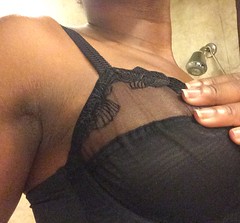 You can somewhat see in the below picture, it’s slightly cutting off my tissue. It seems rather closed on top. I wouldn’t advise someone that’s FOT to buy this bra, as the design on the top doesn’t stretch at all. 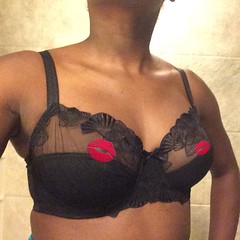 It looks bad in the side view.

Even with a tight cami on. 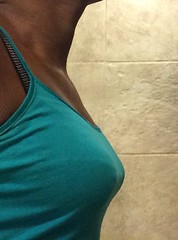 It’s more pointy in real life.
If it wasn’t for the price, I’d have no qualms about returning it. But it’s definitely getting returned.