its a black bra made of both lace and mesh. In the 30dd the bottom half of the bra is 2 pieces of fabric, while the top is one. This is a multi-cup bra, featuring one horizontal seam, and one vertical seam, separating the bra cup into three parts. The upper part conducts of the lace and has a floral design. 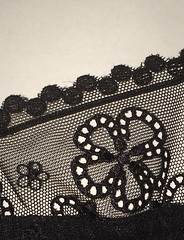 The lower part has small flowers randomly placed throughout. 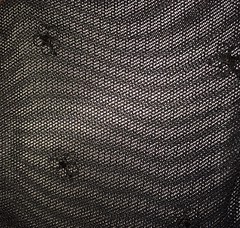 The very top of the cup has a small circular design, which is also present on my Cleo Minnie bra. 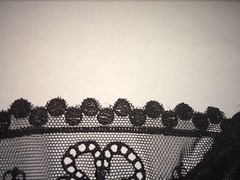 the gore has a small bow, the only bow on the whole bra. 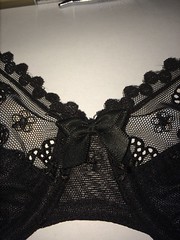 This is a cute, simple, yet not boring bra.

I probably made a mistake by wearing this bra for the first time on a day when I had to work. I wore this bra for almost 12 hours, and I found myself wanting to rip it off at around 7:30pm. During the course of my workday, every so often I found myself adjusting the bra. I’ve been wearing 32Cs for years, so I’m not used to such a tight fitting band.

But I wore this to work because I knew I was going to keep it. I got it from Amazon when they were having their prime day deals, so it was relatively cheap.

This is probably the only bra that I only that fits correctly, or comes close to fitting correctly. 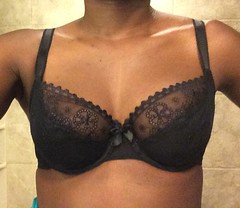 There was very little gaping. One of my, breasts is smaller than the other one, so there was some room. 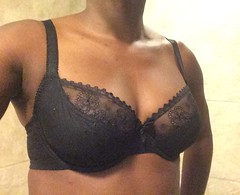 The side profile was ok, I prefer a little more rounder, but it seems like it’s my natural shape. 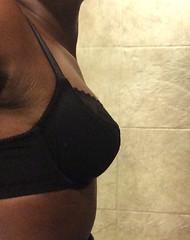 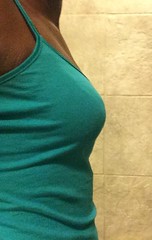 The upper part of the cup, and the seams were visible in the tank I wore above, but not on the dress I wore to work (which was a little thicker).

The dark marks outside of the black circle are irritation marks from wearing 32Cs. 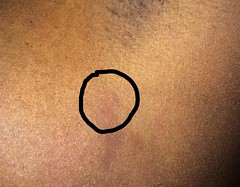